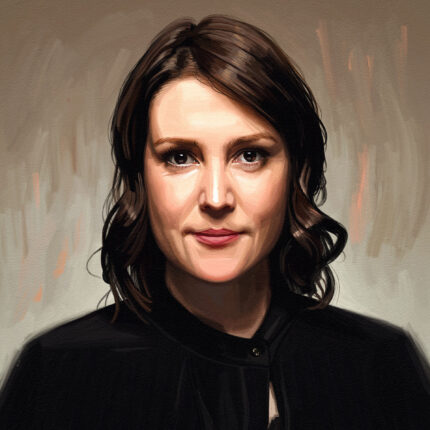 There’s a real hierarchy when you’re an actor. And if you’re working on a set with a lot of famous people, you can really be made to feel expendable. Which is why if I have a bigger part in the production, I really try to make everybody feel valued and as important and as much part of the day. It’s a weird thing to just sort of feel like us and them. – Melanie Lynskey, episode 251 of Talk Easy with Sam Fragoso

This week we present a double feature with actors Vicky Krieps (“Phantom Thread”) and Melanie Lynskey (“Yellowjackets”)! To begin, Krieps shares the story behind making Bergman Island (6:00), what it meant to work with director Mia Hansen-Løve (7:30), how she separates herself from her characters (10:30), the epiphany in Mozambique that changed her course (12:59), and a reunion with director Paul Thomas Anderson (17:10). To close, she plays an original song inspired by her character in Old (28:10).

On the back half, Melanie Lynskey rejoins us since her first appearance in 2016! We discuss how motherhood enters her work on-screen (33:00), her role in the new Showtime series, Yellowjackets (34:50), embracing unapologetic characters (38:28), memories of her first role alongside Kate Winslet in the 1994 film Heavenly Creatures (41:00), the trajectory of her career while growing up in New Zealand (43:20), her support of the IATSE movement (44:00), and the evolving conversation around working conditions in film and television (47:55). Before we go, Lynskey reflects on our first talk on the show and how she hopes to remember this moment, as an artist and parent, in the years to come (57:57).