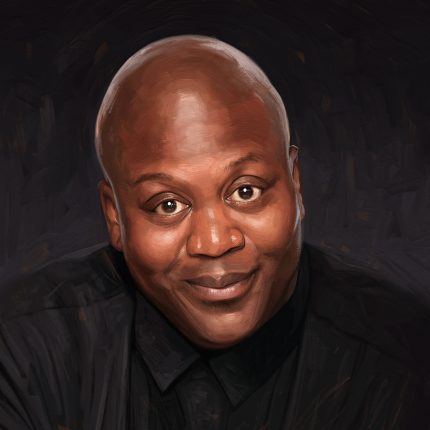 “Given Americans’ relationship to Black men and the sordid, vile nature with which it treats us systematically, and given the vile nature that this country has had with the LGBTQ community, the culture of religion— I cross on the intersection of three or four. I’m as political as it gets. My very existence on paper would say that all of these organizations are, by and large, not designed for me to succeed.”

Emmy-nominated actor/singer Tituss Burgess (Unbreakable Kimmy Schmidt) joins us this week! We start with a recent afternoon in his gazebo (4:16), where he reminded himself that the pandemic is a marathon, not a sprint (7:50). In that same memory he also reflects on why his art is especially of value in 2020 (12:10); his mere existence on screen a political act (16:23). Later, we unpack his run on 30 Rock, and the spiritual experience that followed (20:50). In the aftermath of finding purpose, he’s had to reconcile his relationship with his mother (35:27) and the dark personal storm that is now, finally, passing over (45:28).

Talk Easy with Sam Fragoso is a free, independently produced podcast. We are supported by our listeners. So, if you can, consider donating to our show here.