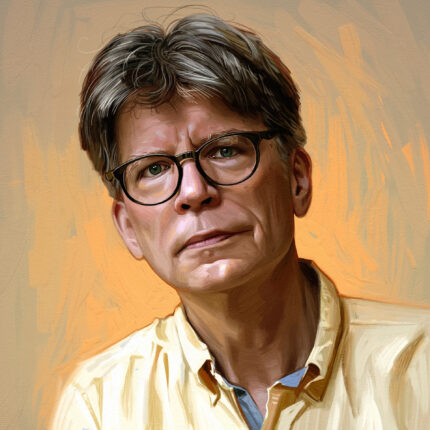 I think it would be hard to be nine years old and to know that by the time you were an adult, half the large animal species in the world would be gone. To look at an adult world that seems to be in an utter state of denial, traumatized, unable to move forward in any kind of meaningful way, unable to marshal the hope needed to look at the future as something other than catastrophic loss, is to be defeated. – Richard Powers, episode 247 of Talk Easy with Sam Fragoso

This week we have a soulful (and long overdue) conversation around climate change and the restorative power of nature with Pulitzer-prize winning author Richard Powers. We begin by defining the thematic through-line between The Overstory and Bewilderment (5:06), the eco trauma articulated in each text (9:10), how we may redefine hope in 2021 (16:08), and what the pandemic may teach us about the looming climate crisis (26:18). Powers also details the ecological shortcomings of capitalism (29:00), our myopic interpretation (and fear of) death (30:56).

On the back-half, we unpack why he writes (33:48), the need for “productive solitude” (40:40), and the singular way he writes analytical and emotional characters (44:42). To close– a fitting scene from one of Powers’ earlier works, Plowing the Dark (50:30), in which an older man enters an used bookstore, unable to find the book intended. And in the absence of that book, Richard Powers will continue to do so (52:50).