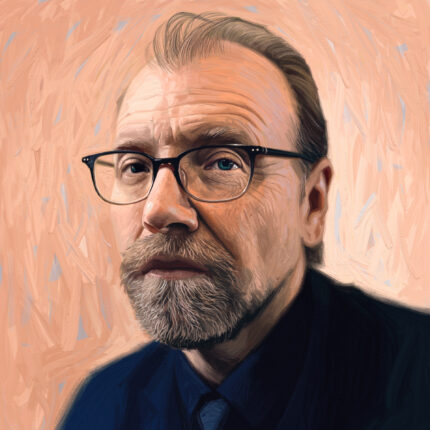 “The universe actually isn’t designed to protect you at all. It really isn’t. We’re getting an international reminder of that in spades. But my working class impulse is to go, ‘Alright. I’m going to try to accept it as fast as I can, so I don’t end up paralyzed by it. And I’m going to dedicate all this incoming sorrow to truth.’” – George Saunders, episode 207 of Talk Easy with Sam Fragoso

As we begin the new year, we turn to writer George Saunders. He first joined us upon the release of his latest book, A Swim in a Pond in the Rain. He’s recently launched a new newsletter called “Story Club”, available on Substack.

This week we’re revisiting our talk with Saunders, discussing the power of Chekhov and Tobias Wolff (8:52), regarding literature as a “fondness for life” (12:30), his summer with Steinbeck (15:00), deconstructing the (male) mythology of Hemingway (26:45), and how starting a young family changed his course (35:00).