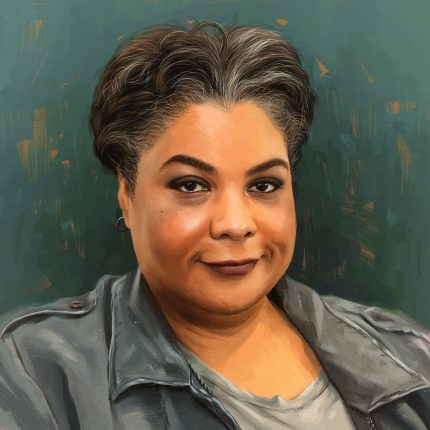 “The things that scare me most end up being the most intellectually satisfying. I try not to let ever let my fear control me… The older I get the more I recognize that I have every right to live and be in the world, and that I shouldn’t have to make myself small to make other people comfortable.” – Roxane Gay, episode 170 on Talk Easy with Sam Fragoso

Roxane Gay may be a self-described introvert, but she’s not one to shy away from a public fight. As a contributing writer for The New York Times, Gay has taken aim at President Trump, modern misogyny, racial discrimination within the police force. But it’s her two best-selling books–Bad Feminist and Hunger–that cemented her place in the public discourse as a singular talent, someone able to write personally and politically. She does the same on this week’s episode, alternating between timely cultural commentary and candid self-reflection.

This is a story, in part, about how Roxane arrived at the woman (and writer) she is today.