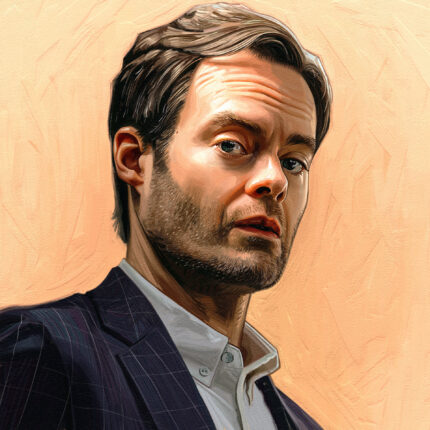 “Writing forever, I would write screenplays and realize they were about other movies. I’d get inspired and write these cool sequences, but the emotion wasn’t anything personal that I could latch onto and write from. Barry was the first thing I really started to do that with.”

This week, legendary actor and comedian Bill Hader! We discuss the return of Barry (4:57), the thematic evolution of the series (7:02), and how it draws from films like Taxi Driver and Goodfellas (10:36). Then, Bill reflects on growing up in Tulsa, Oklahoma (13:16), the influence of his late grandfather (17:04), his path from community college to his early PA jobs in Hollywood (18:25), landing on Saturday Night Live (21:36), the weekly pressure of the show (26:07), and how he made it through by collaborating with John Mulaney (29:51).