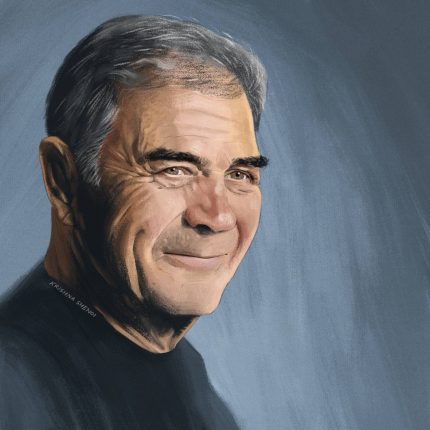 Legendary Oscar-nominated actor Robert Forster invited Sam to his favourite breakfast spot for a wide ranging chat about his life and career. Back to his early days growing up in freezing cold Rochester, getting his first role on a John Huston film starring Marlon Brando and Elizabeth Taylor, and all the way to his incredible work with Quentin Tarantino on ‘Jackie Brown’.

Forster, a consumate storyteller, shares stories of marrying his wife after only five dates, having a life epiphany while running a marathon, and walking into his first film audition without any fear. Plus, advice on the best way to wash dishes and change diapers.

Sam’s conversation with Robert Forster was so long and so entertaining that we’ve decided to give you a bonus episode with more stories from Forster’s Menu of life stories and lesson. Tales of Marlon Brando, JFK’s assassination, the Ringling Brothers Circus and more! Enjoy.

Watch Forster’s latest film, The American Side, in theatres and VOD.