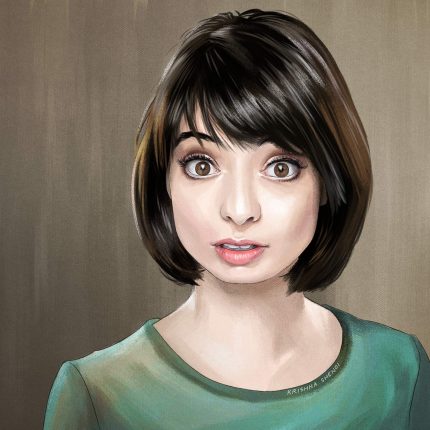 You probably know Kate Micucci from somewhere, whether it was her role in Scrubs, or How I Met Your Mother, or The Big Bang Theory, or When in Rome, or Rules of Engagement, or countless other TV series and indie films she’s appeared in. Of course, Micucci is even better known as one half of the comedy music duo “Garfunkel and Oates,” which spawned a series of YouTube videos, albums, and even a TV series for IFC.

Now Micucci co-stars in a new film from director Mike Birbiglia and producer Ira Glass, called Don’t Think Twice, about a troupe of improv comedians competing for a role on a late night sketch TV show.

Kate sits down with Sam to discuss the film, how Garfunkel and Oates came to be, the difficulties of growing into adulthood, building sandcastles on the beach, the challenging task of creating and running a TV series, and getting recognized for such a wide variety of roles.

Be sure to check out Don’t Think Twice while it’s in theatres.