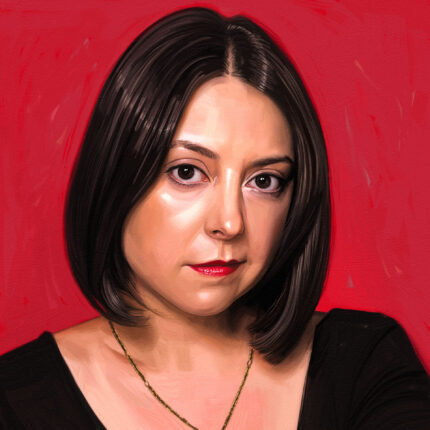 “There’s very little sex in Hollywood movies in 2022. I wanted to try to figure out why that is — or what has changed — by looking at that period, beginning in the 1970s and ending around 1999, where sex was such a vital part of popular culture.”

Film historian Karina Longworth is the host of You Must Remember This, a podcast exploring the forgotten histories of Hollywood’s first century.

This week she joins us to discuss her new series, “Erotic 80s” (4:48), the seismic shift created by films like Last Tango in Paris and Deep Throat (7:58), the way in which these movies sold a distorted view of “female sexual liberation” (11:58), and how the cultural perception of these X-rated pictures evolved as the public learned of the abusive conditions in which they were made (13:24). As the 1980s took hold, Karina outlines how Hollywood capitalized on sex in the movies (16:50), making a film like American Gigolo (16:35), which transformed Richard Gere into a “distracting” sex symbol (21:27) and lead to an “MTV aesthetic” in films like Flashdance and Risky Business (27:42).