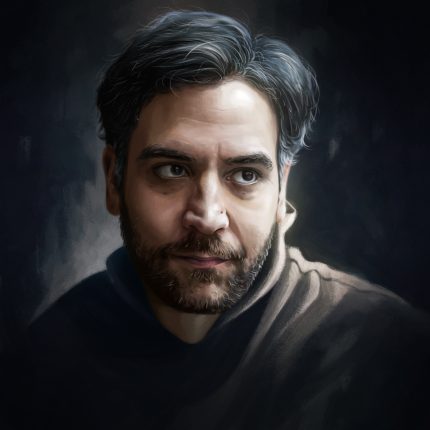 Unless you’ve lived without a TV for the past decade or so, you probably recognize Josh Radnor. The actor–who is also a skilled writer, director, and musician–has been immortalized in the eyes of the public as Ted Mosby, the goofy and hyper-romantic protagonist of the hit series How I Met Your Mother, which ran on CBS from 2005 to 2014. In real life, though, Josh will be the first to tell you that in many ways, he and his fictional counterpart are worlds apart (34:20). When Josh sits down with Sam to track his life and career–from realizing in high school that performance was his solution to insecurity (7:45), to bringing two feature films to Sundance (39:40), to his new series Rise and his musical career with Ben Lee (1:07:35)–the impression we’re left with is one of determination and deliberation. Josh is brimming with insights from friends, artists, and his own experiences as he and Sam discuss periods of his life during which his dreams were tested, his success complicated, and his interests ever-changing.