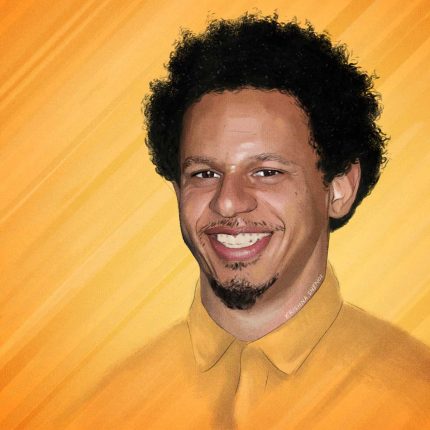 Eric André is the host of the bizarre, surreal, insane The Eric André Show on Adult Swim. His style of comedy can be described as erratic, insane, surreal, and, of course, utterly hilarious. André also stars in the series, Man Seeking Woman, and was featured in the now-canceled Don’t Trust the B—- in Apartment 23.

André stopped by Talk Easy at the end of a long day of press and gave what even he deemed, “the weirdest interview I’ve ever done in my life.” Uncomfortable and totally out there, much like his own show, this episode encapsulates much of what André’s comedy stylings reach toward: hilarity, and even beauty, in the train wreck.