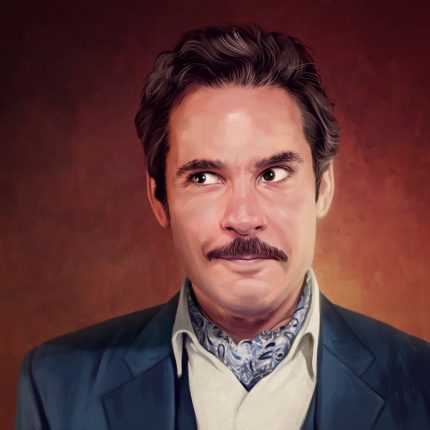 This week, Sam sits down with comedian, actor, and TV writer Paul F. Tompkins. Paul is a longtime standup comic who has appeared in everything from Mr. Show with Bob and David to two Paul Thomas Anderson films–more on both of those in the episode. Besides his prolific standup career, Paul’s current projects include roles on Bob’s Burgers and Bojack Horseman and a podcast hosting gig of his own. Here, he and Sam talk about the ways he’s changed since the first few years of his career (5:25), his early dream of being a household name (11:20), the all-encompassing weight of his parents’ unhealthy marriage (27:00), and everyone’s odd habit of reading into the way he dresses (41:30).