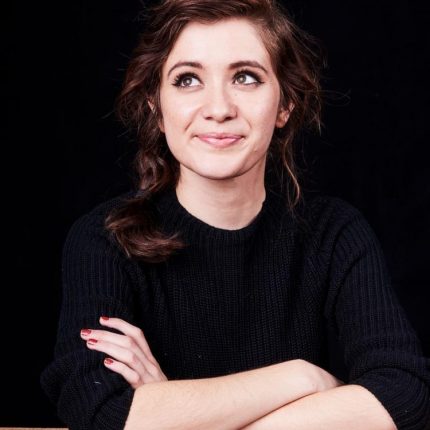 Early this year, Sam and actress Noël Wells recorded an episode of Talk Easy at Sundance. Days after the presidential inauguration and in the midst of festival chaos, it was a strange time for both of them, but the resulting conversation was thought-provoking and lovely. Now Noël’s back at a different moment of her life–debuting Mr. Roosevelt, her first feature as director, writer, and lead actress–for another round of thoughtful conversation. Here, she and Sam talk about parallels between Mr. Roosevelt and Noël’s past (6:30), her years spent as a self-proclaimed try-hard (13:15), the online-comment-obsessed culture of SNL (26:20), the nuance of discussing sexual misconduct in Hollywood (30:50), and more.