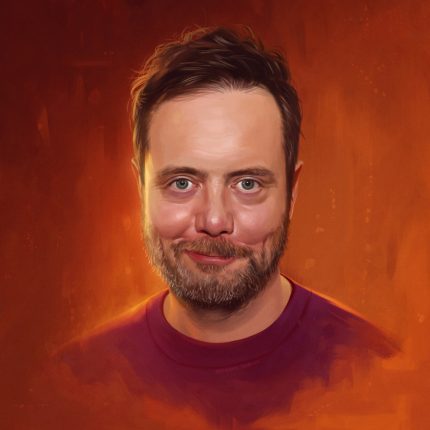 This week, Sam sits down with friend, comedian, and writer Jon Daly. Along with appearing as a regular at the improv institution Upright Citizens Brigade, Jon’s taken on comedic roles in dozens of shows and movies over the past fifteen years. Jon’s had roles in feature films like The Secret Life of Walter Mitty and Janicza Bravo‘s Lemon, and can be seen in episodes of Kroll Show, Comedy Bang! Bang!, and basically anything on TV that’s equal parts funny and bizarre. Here, he and Sam talk about everything from celebrity AA (23:05) to Martin Lawrence’s hype man (35:35), before getting real about the lifelong struggle for openness and self-knowledge (52:20).