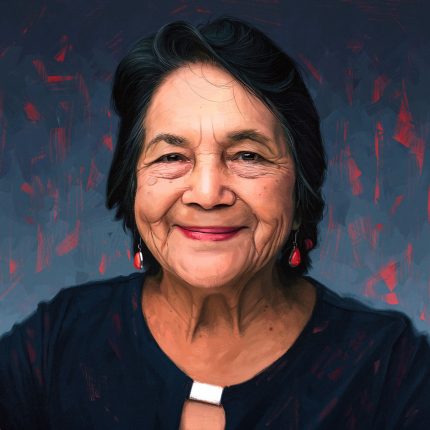 Dolores Huerta is a trailblazing Latina labor leader, civil rights activist, and community organizer. At age 90, she joins us this week to share her mother’s words of wisdom that compelled her to fight for people (15:34), how she co-founded the United Farm Workers with Cesar Chavez (22:06), our civic duty to lend a helping hand (42:37), persevering after being brutally attacked by the police (54:31), working with those who hold differing views (59:00), and why, ultimately, she loves people (1:05:28).

As mentioned on this week’s podcast, below is Sebastian. It’s a short film I directed about my grandfather, who left Mexico for America in the 1940s. He worked in fields across California– the same fields Dolores would later transform through the UFW union. So, to celebrate both this week’s episode with Dolores and Father’s Day, here is a part of Sebastian’s story. May it live in loving memory of him.