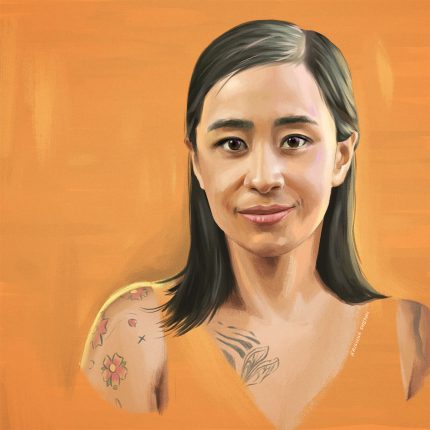 Charlene deGuzman made waves on the internet three years ago when her short film, “I Forgot My Phone,” which she wrote and starred in, went viral. Now she’s back with a new, much bigger project, trying to fund her first feature film “Unlovable,” on Kickstarter. The film—which was conceived by herself and Mark Duplass, and has the backing of Patton Oswalt—is about a young woman coping with sex and love addiction. It’s an affliction deGuzman has been dealing with personally for much of her life, and in this interview she talks with Sam about her experiences in sex work, bad relationships, and finding solutions to the problem of sex and love addiction. Plus, she shares what it’s like for a video to go wildly viral, and how smartphones and the internet have made life harder and better at the same time.

If you’d like to help Charlene get “Unlovable” made, please head to the project’s Kickstarter page and donate what you can.