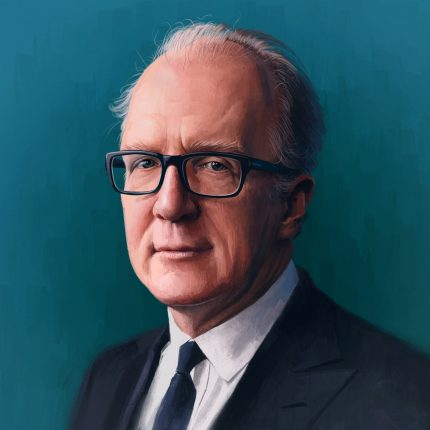 Before a string of successful plays (August: Osage County, Bug) and brilliant performances on screen (Homeland, Lady Bird, Ford v Ferrari), Tracy Letts was acting on-stage, with his father, in Tishomingo, Oklahoma. As his twenties approached, he pursued love and theatre in Chicago, pivoted to editing textbooks in Florida, and then returned to the stage with the authorship of his first play, Killer Joe. From there, Tracy oscillated between Los Angeles and Chicago, navigating traumatic loss and feelings of “not making it.” In the years ahead, he embraced steady success at the Steppenwolf Theatre and developed his pivotal play, August: Osage County. His father’s deteriorating health during this period echoed the marriage of good and horrendous occurrences in his life. Then, finally, Tracy reflects on the qualities he inherited from his family— his father’s honest presence, in life and on stage, and his mother’s curiosity and cleverly-disguised emotional reserve.

Illustrations by Krishna Shenoi. Music by Dylan Peck and Jinsang.