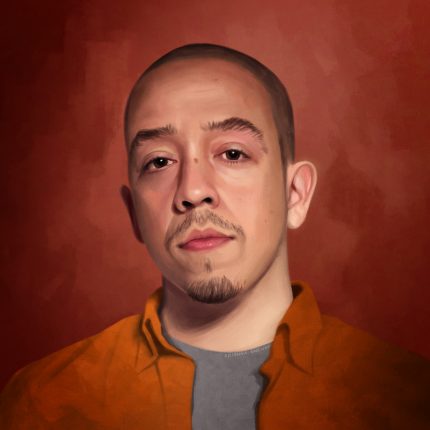 His whole adult life, Shea Serrano’s worked hard. Not just at one thing, but at everything he’s done, from chronic pool-playing and highly-calculated games of Texas hold ’em in college, to teaching middle school for eight years at an underserved school in Houston. Here, he talks to Sam about all of this, as well as how the work he did to pay the bills ultimately led him to writing. Shea has written for Grantland and The Ringer, and has authored three multimedia books, including a New York Times bestseller. With a no-bullshit attitude and plenty of motivating stories to share, Shea walks Sam through his major life events so far, including the first time he realized he was at a disadvantage (7:07), the complications he and his wife faced with the birth their twins (35:30), and the moment he finally figured out what makes a good dad (46:00).